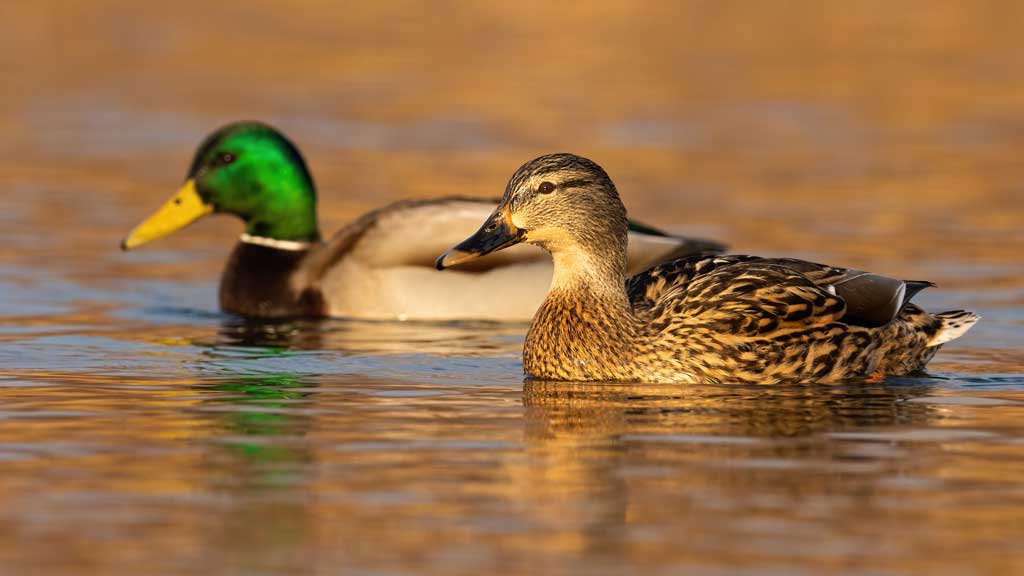 Birds are beautiful and diverse animals that inhabit nearly every ecosystem on Earth. There are thousands of different species of birds, ranging from the tiniest hummingbird to the vibrant peacock to the 9 ft tall ostrich. In this article, we will explore the world of water birds. These birds have adapted to life in the water through flattened bills, webbed feet, and waterproof feathers.

The following birds are examples of North American water birds you may see on the trail:

Waterfowl is a classification of aquatic birds that live in freshwater. The main types of waterfowl are ducks and geese, who are both commonly found in North America.

Ducks can be found in practically any type of body of water including marshes, ponds, rivers, and lakes. They are omnivores and their diet varies by species. Ducks may be shovelers, who eat insects, snails, and seeds, diving ducks, who are able to dive deep to catch fish, or dabbling ducks, who feed on land or at the water’s surface. Dabbling ducks eat plants, grasses, insects, and small animals.

There are several types of geese, a common example being the Canada Goose. Canada Geese can often be found flying overhead in a V-formation or around water or grassy fields. These birds are herbivores and eat grass, berries such as blueberries, seeds, and grains. 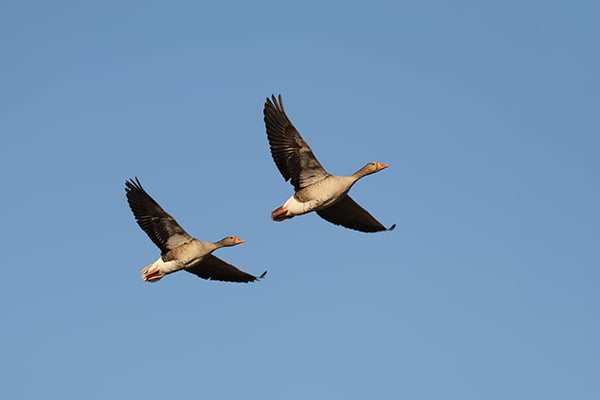 Geese can sometimes get violent both with other geese and with humans. When threatened, they will hiss or honk and may chase after people. If they’re fighting with another goose, they may attack and hit each other with their wings.

The common loon lives mainly in lakes and ponds. A lake populated with loons is often a good indicator that the water is very clean, even crystal-clear. Loons prefer crystal-clear water so they can see their prey easier underwater, which is mainly small fish. They will also eat crustaceans, snails, or leeches if there’s not enough fish around.

Loons are excellent hunters in the water and powerfully dive after their prey with the help of the feet located at the back of their body. They have the unique talent of being able to flip around 180° in less than a second to follow their prey. After lurking in the water looking for fish, they will suddenly dive down and use these skills to their advantage.

Pelicans are relatively large birds with a weight of 30 pounds and a wingspan of up to 10 feet. They can be found on islands in freshwater lakes where they breed or in shallow marshes where they go foraging for their food. During a migration, they may stop at lakes or inland rivers. 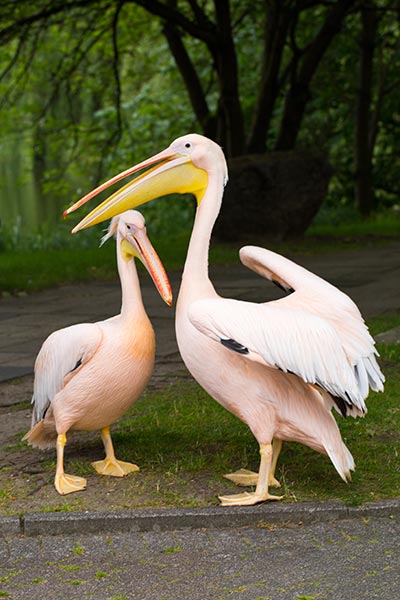 Pelicans are very social and often hunt prey together. This is accomplished by using their collective wings to drive fish toward the shore where it will be easy to catch them. Pelicans also travel together in flocks and will occasionally fly in a V-formation like geese over long distances.

The most characteristic feature of the pelican is its throat pouch, called the gular, which they use to catch and drain fish. They mainly eat small fish but will also hunt crayfish and tadpoles; their diet can vary based on the water levels and which types of fish or other creatures are available.

Next time you’re at Copake, see how many waterfowl you can spot.